Showing a friend pictures of Whidbey Island, Washington, where I lived before moving to Europe, got me feeling a little nostalgic, as Whidbey is just a gorgeous, gorgeous place.  I am really glad I had a chance to show Dario this little corner of the US during our whirlwind trip last August!

The weather in the Pacific Northwest is not entirely unlike Ireland.  Certainly, some of the same plant life grows and thrives in both places, including daffodils, tulips, blackberries (delicious!), and foxglove (not so much!). 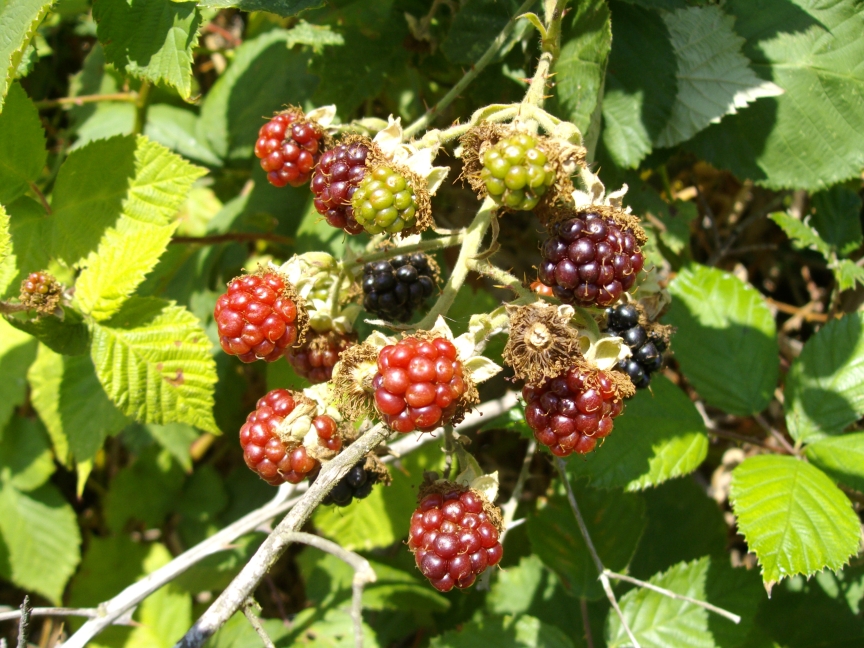 Mmm…  I can almost feel the seeds stuck in my teeth!

I hear that Seattle actually gets more rain than the Emerald Isle.  This is especially true in Co. Cork, where everything is vastly superior to the rest of Ireland!  My extremely scientific research into this matter has revealed that there are definitely more umbrellas in Seattle, which proves that the rumors are true.  (It matters not a whit that the population of Co. Cork weighs in at a tad under 500K, whereas King County has just under 2 million.  Not a whit!)

I will say that the clouds in both places lend themselves to some spectacular photo opportunities. 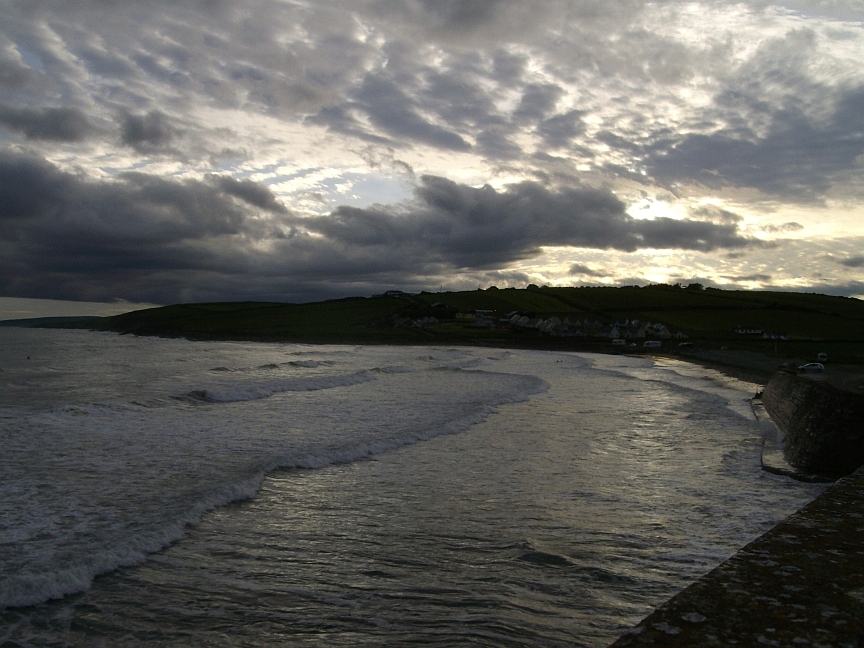 That's Ireland, in case you were wondering.

But let me show you the photos that got me all waxed up — er, waxing nostalgic, that is — about Whidbey Island.  I only had the little camera, but it was sufficient to capture the glory.  It was one of those extremely rare (you have NO IDEA how rare) occasions where I, for some reason, got up before the sun.  This is totally against the wishes of the gods and nature, so I don't do it very often.  However, I think it's clear that this sunrise was divinely orchestrated, so it was probably ok.  Just this once. 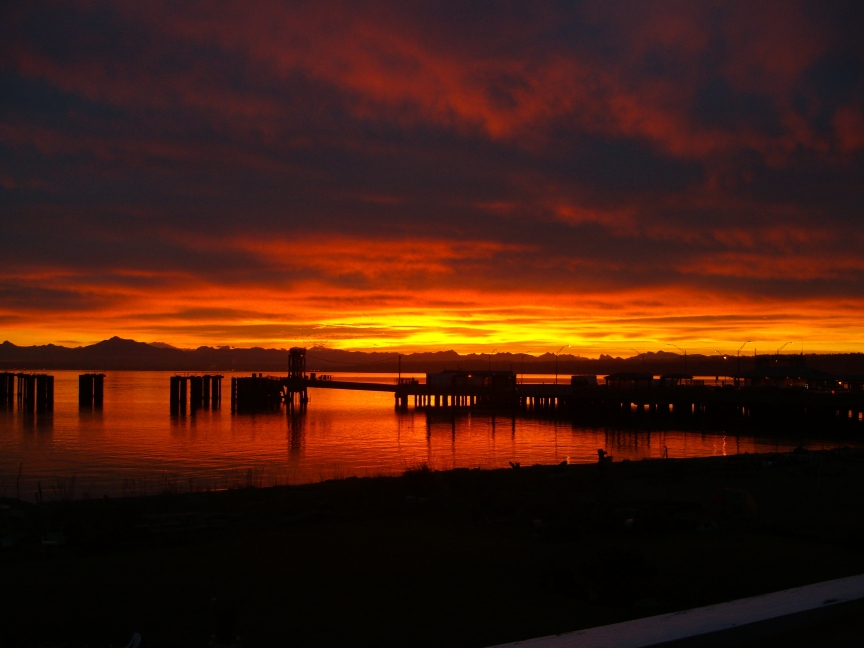 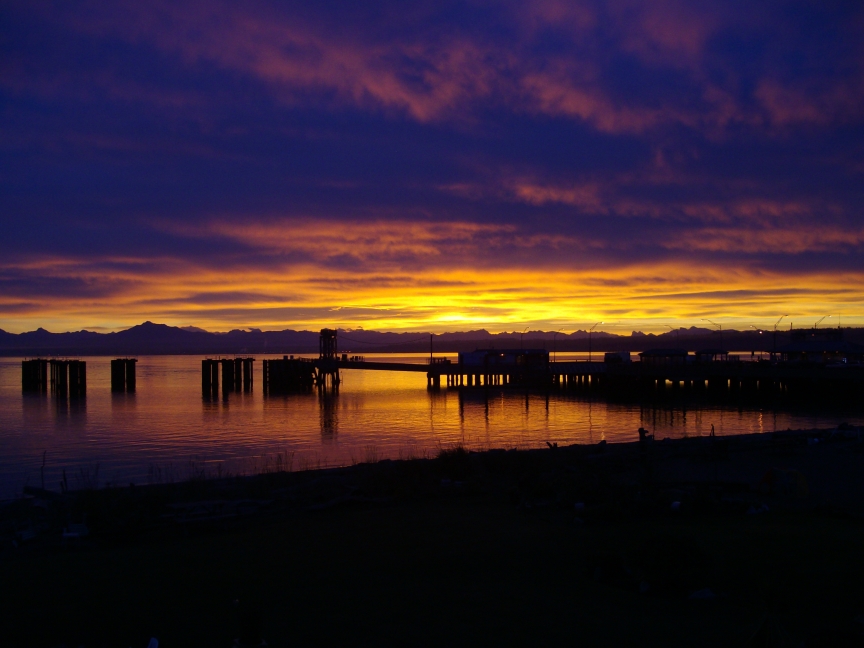 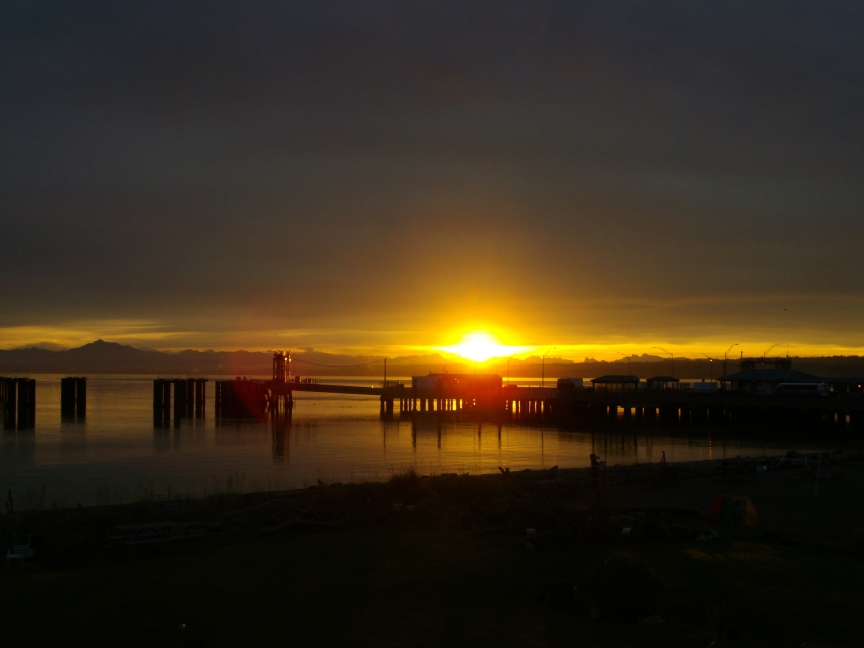 So you see, I wasn't exactly running away from a scene of urban horror when I left the States.  Other than the predictable loss of power and heat during the annual snowstorm, I was quite comfy with my little doggy and my 2 kitties.  I lived within walking distance of work, too, though I still managed to be late sometimes.  (I took the picture below to prove to my boss that I wasn't making it up: I'd been trapped by a tractor.) 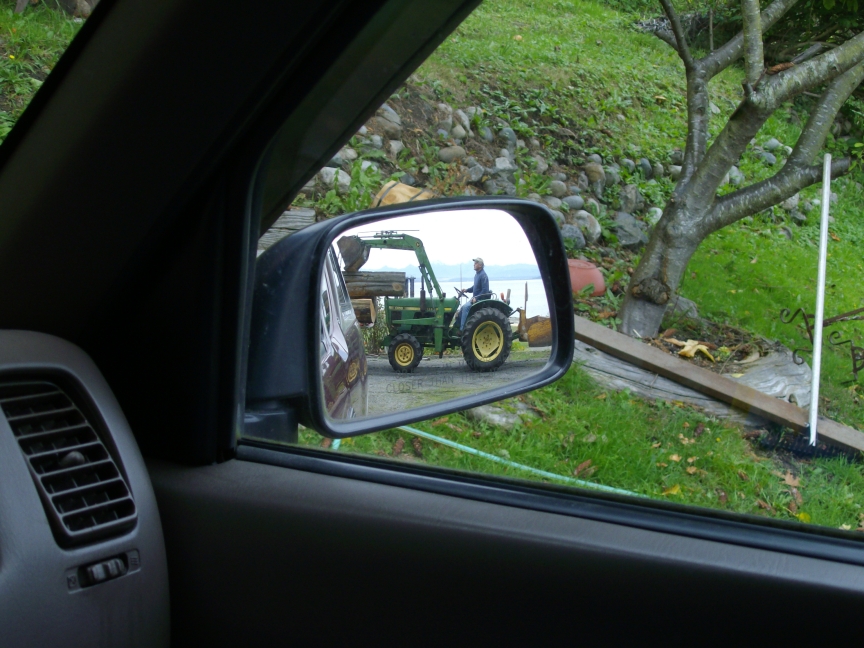 Objects in mirror are more inconvenient than they appear.

I even liked my job doing tech support.  I mean, who doesn't like throwing Nerf toys and operating radio controlled helicopters between calls?  Yet it simply didn't pay enough to allow me to travel.  Even taking a ferry to the mainland, which we affectionately called "…taking a trip to America," could sometimes be outside of my financial reach.  And one direction was free! 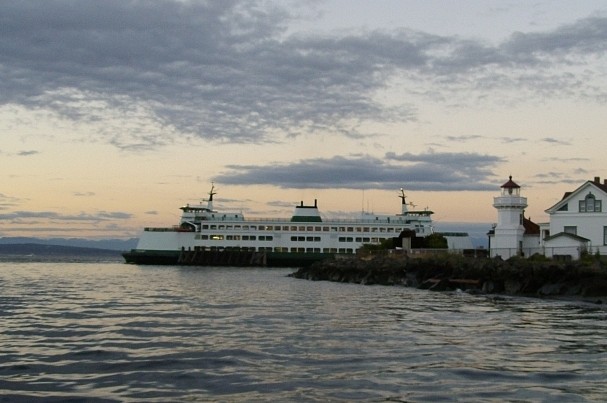 This is Mukilteo, the mainland side of the ferry route.  Sooo cute!

Despite that, I still sometimes miss the place — and my friends! 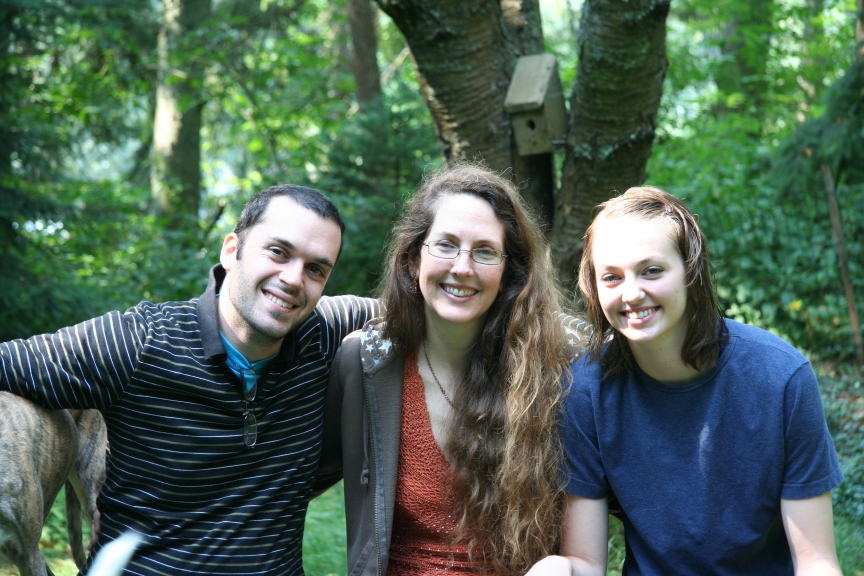 L-R: Mario (the doggy, not the man), Dario, Aristana, Linden.

In August of 2010 we stayed with my friend, Aristana, for a few days.  Among other cool things, she rescues greyhounds, whippets, and even Italian Greyhounds.  That's not a comment about my hubby, or even about the name she gave to her whippet (just barely seen above).  It's a breed of teensy, tiny greyhounds.  So cute!

I got a few pictures of Aristana and her awesome athlete daugher, Linden, as well as the doggies.  Unfortunately, I did not manage to snap a photo of her son, Rowan, who stopped by for dinner one of the evenings we were there.  It's too bad, because Rowan probably saved the lives of several Whidbey Islanders one day after we'd all been picking flowers.  We were about to sit down to eat when he pointed out that we'd been handling foxglove.  D'oh!

We quickly washed our hands.  Several times.  Then maybe one more time, just be safe.  …And then we ate.  (Thanks, Rowan!) 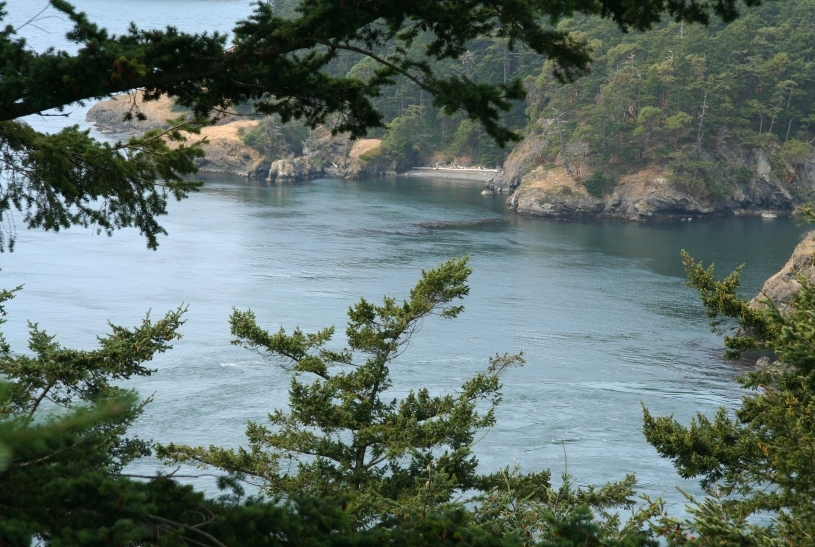 The deceptively passive Deception Pass at the north end of Whidbey.

So, yes, sometimes I miss Whidbey.  Lovely place, lovely people.  If you get a chance, go visit!  Take a camera, say hello, and pick some flowers.  And be sure to wash your hands before you eat!

[Edit: here is the link to the greyhound rescue organization Aristana uses: http://www.royalhounds.org/ If you know someone who might like to rescue one of these lovely, graceful, sight hounds, please forward the link!  Thank you.  :D]