From the archives – and freshly updated! – comes a little piece comparing the 3 countries in which I've lived.  Seemed fitting in light of the fact that we are soon leaving Ireland to head back to Italy for a while.  WARNING: the word "awesome" is used to excess. US vs. Italy vs. Ireland: Which Is The Awesomest?

The US wins because the roads are designed for Cadillacs and semis, and we like our S P A C E .  If you so much as look me funny from another lane, I will sue your a**, buddy!  Quit breathing down my neck!

Italy fails – except as a training ground for defensive (or more properly, completely offensive), off-road, post-apocalyptic driving.  As if the fast-paced, loud honking, passing-within-centimeters of your mirror bending of the rules – or "suggestions" as they are thought of on the boot – was not enough, there are potholes that will swallow you, a large Italian family, and several Vespas whole.  And follow it with a delicious digestivo.

Ireland is merely “meh.” Locals think Irish roads are horrendous, but that’s only because they have never lived in Italy.

The Romans knew from classy bathing.

Italy wins because of caldaie – household sized, in-line water heaters that mean an endless supply of awesome hot water.  It's the next level of Roman bathing luxury, without all that pesky public nudity or emperor stabbing.  And it's right in your own home!

Ireland comes in a close second for similar reasons, as many homes have in-line electric heaters for showers, though there are many (like our wee apartment) that have hot water heaters.  Too bad they still haven't figured out that you can do this for the whole house and get rid of that energy-sucking, closet-space eating boiler.  Think big, Ireland!

Sadly, the US fails. We just don’t know that there is a better way than wasting time and money on a slowly boiling cauldron.  Our foolish pride prevents us from having a delicious supply of endless, steamy, relaxing hot water.  Perhaps if large corporations figured out how to make beaucoup bucks from caldaie this would not be a problem.  Or maybe we just need a way to work this into the road-paving budget.

Appreciation of fresh foods, including tendencies to have a garden at home:

Italy totally wins.  Even in Naples, the city that once boasted the world's highest population density after Shanghai, China, people find a way to grow tomatoes and basil on their balconies.  For those with houses, it's not uncommon to find the ingredients of tonight's salad out back next to the above-ground pool.  Fruit trees also abound.  And considering how many people do grow their own produce, the cost of frutta e verdura in the markets is quite low.  No wonder the "Mediterranean diet" is so popular here – it's cheap as hell!

The US, with a few notable exceptions, pretty much fails.  McDonald’s and Hostess Twinkies earn negative points for the US.  So negative, in fact, that it may be impossible to recover from this nutritional deficit.  (Sorry, having microwave popcorn available at all times does not count.)  While there is a growing urban and community gardening movement, the people who participate in these things are not often regarded as logical, economical, and health-minded, but crazy time-wastin' fools holding desperately to a bygone era.  Alas, as Jersey Shore proves, even exporting burger lovers to the land of god's own tomatoes cannot save us from ourselves.

Ireland is great for fresh dairy products and accessibility of locally grown produce, even when living in the city.  Unfortunately, much of that produce seems to consist of cabbage and tubers.  Even strawberries are imported from Denmark.  (Denmark!?)  It seems obvious when driving anywhere in Ireland that agriculture is still very much a part of the mindset and the economy.  Sadly, it's not easy to keep a cow or a potato patch in an apartment.

Special note: both the US and Ireland do get points for smoothie bars. 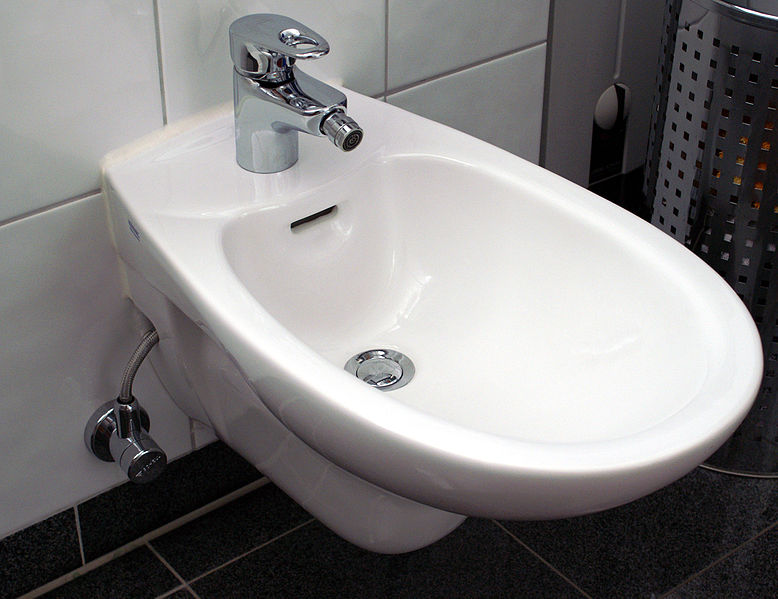 Italy wins and even kicks France’s allegedly washed hineys.  Often there is one bathroom for each bedroom in a home, and all come equipped with bidets.  You do not know what personal hygiene is until you've experienced the majesty of a freshly washed nether region after having a good read on the throne.  As a friend said to me years ago, "It's like a breath mint for your a**!"

US and Ireland fail UTTERLY — no bidets?!? Trust me, once you’ve known the glory, it is shameful and embarrassing to go back.  You wonder how civilization was even able to advance with such dirty hineys.

To top it all off, Ireland has a penchant for sinks with two spigots.  That's right, hot and cold running water come out of two separate places, and the twain shall only meet if you fill up the sink.  What's up with that, Ireland?  Have you never heard of the pleasures of warm water?  Neither too hot nor too cold?  …Goldilocks has a thing or three to teach the Irish.

US wins, hands down.  (At least from the user perspective; recycling and sewage treatment are outside my bailiwick.)  Being a young country, we tend toward new buildings with large pipes.  No mincing around with just how much toilet paper can be stuffed into one flushing, no sirree.  Cram it full!

Ireland comes in a close second from the flushing standpoint.  When toilets came to replace outhouses and "that spot in the pasture behind the rock", they built 'em good.  However, as daily showers were not always so common in the days of yore, sometimes shower drains have to be cleaned a little too often.

Italy fails based on lack of toilet flushing capacity, lame trap design (i.e., there doesn't seem to be any), and swamp gas of death.

Special note: neither the US nor Ireland would need such high toilet flushing capacities if they'd just get with the bidet program. 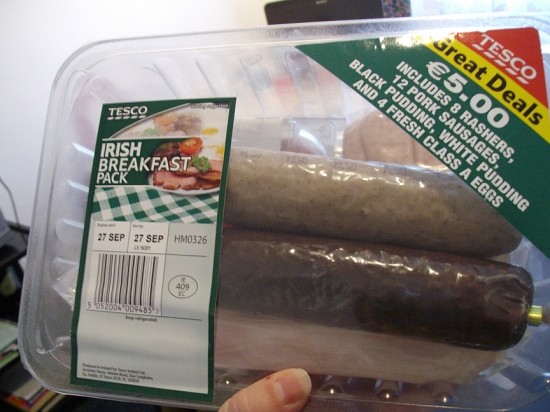 Ireland, no doubt — giant and hearty!  Eggs, bacon ("rashers"), sausages, toast, beans, black and white pudding, even a grilled tomato or mushroom on occasion.  I mean, who knew that something as gross as black and white pudding could be so delicious?  You won't have to eat for the rest of the day.  Mmm…  savory!

Italy is good for a quick nibble and some socializing at the bar (that’s coffee bar, not alcohol bar). Oh, and cookies. Yeah — you can totally have cookies for breakfast in Italy.  That is pretty awesome.  Hmm…  I may have to reconsider this one.

In the US you can conceivably have Irish, Italian, or Mongolian breakfast if you look hard enough.  Our standard, however, is often cold cereal with milk.  Convenient, yes, but does not warm the cockles of one's heart like cookies or pudding.

No contest – USA!  I mean it has stars AND stripes!  What's more awesome than that?  That's right — NOTHING!  Grade A for AWESOME.

Italy has big, bold chunks o’ color which were used as the basis for an awesome Italian food, Pizza Margherita, but it does not twinkle.  Indeed, it's just 3 slabs of unadorned color (even Mexico has a bird eating a snake, fercryinoutloud!).  Really, for a country that spawned the likes of Michelangelo and Da Vinci, you'd expect something a little more elaborate.  Color me (pun intended) not impressed.

And Ireland?  Same colors (or should that be “colours”?) as Italy, but faded.  Fail.  It's not like you can claim the flag was bleached from too much sun.  Come on, guys, make it an all green field dotted with magical, golden potatoes or something.  Show some national pride!

Seriously, though, stars rule.  And so do unicorns.  Really, if there was a country with unicorns on the flag, I think we’d all have to bow down to their awesomeness.

In actuality, I’m fond of all three places, each for different reasons.  Just think of this piece as Rick Steves à la Cracked.com.  And yes, there are many more subjects to consider in this great debate, but for now that’s all the awesomeness I can cram into one post.  Tell me what other local peculiarities you’d like to know about and maybe I’ll use it in a chest-beatingly awesome post for the blog.  In the meantime…

How does your country measure up?