Today's post is by Nancy of Family on Bikes.  It's exactly the kind of story that I love to share here on TourAbsurd.  One that demonstrates that people are good!

If I’ve learned anything from my many years gallivanting around this world – five of them on bicycles – it’s that people are kind and generous and will do anything in their power to help a fellow inhabitant of their planet who’s in need.  Adolfo, a youth pastor at a church in Nicaragua, is just one of thousands we’ve met. 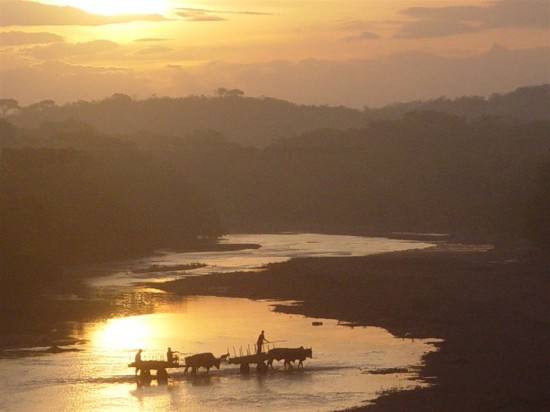 That day, we had battled a killer head wind for sixty miles and arrived into Managua exhausted.  We had been invited to a university to talk with the students so made our way there first.  Late in the afternoon we were ready to head to a hotel.

“There aren’t any hotels around here,” our university host said.  “This isn’t the part of town with hotels, but I know of one about five miles away.”  We wearily climbed on our bikes for the trek across town. 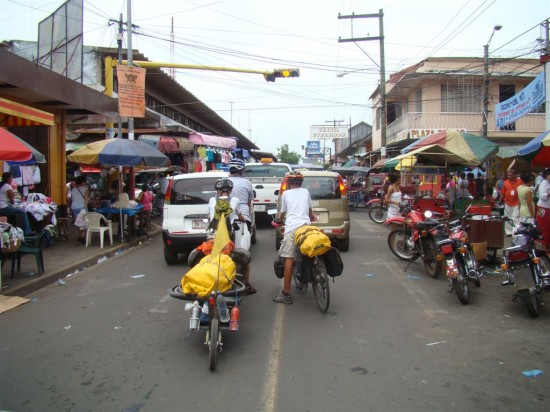 A mile later we passed a church.  “Hey John!”  I shouted to be heard above the roar of rush-hour traffic.  “What do you think about asking here at the church – we may be able to set up our tent.”

“Hurry!” he replied as he pulled in to the parking lot.  “The sun is setting fast and, if this doesn’t work out, we’ll still need to get to the hotel.”  I raced into the church and explained our predicament to Adolfo – the youth pastor at the church.

“I don’t have any problems with you using a Sunday School room for the night,” he said, “but I don’t have the authority to make the decision.  I’ll call the head pastor.”  But the head pastor was preaching in some other church and couldn’t be reached.  The clock was ticking and the sun was rapidly making a nosedive toward the horizon.

With each passing minute, the sun fell a couple more inches and it was getting dangerously close to the horizon. John had left the boys in charge of the bikes outside and come in to find out what was happening.  “Don’t worry,” Adolfo assured us. “We’ll figure out something. But right now, I have to go record my TV show. Just wait.”

My husband and I knew it would soon be out of our control.  Once darkness fell, reaching the hotel was out of the question.  Do we trust in the kindness of this man?  Or take matters into our own hands and hit the road?

At 7:30, Adolfo finally finished with his show.  True to his word, Adolfo figured out something.  He made arrangements for us to stay at a Christian retreat center a few blocks away.  We weren’t stranded in the streets after all.

For the next week Adolfo took care of us.  He play tour guide and took us out to see Managua.  He served as our ambulance driver when John sprained his thumb and needed to get x-rays.  Adolfo quickly became a friend and we were honored to get to know him. 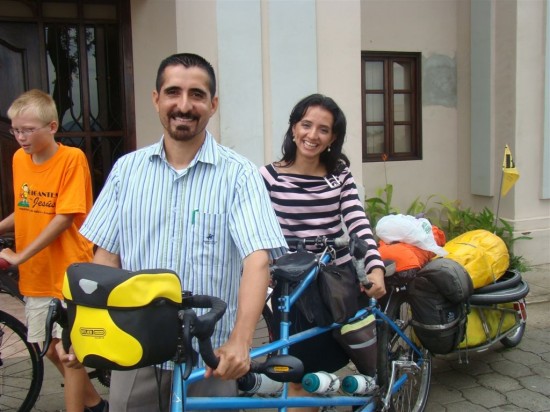 It was Road Angels like Adolfo who taught us about life. We learned about the goodness of humanity. We saw the “other” side of people – the side not portrayed in the morning paper or nightly news. It was Road Angels like Adolfo who showed us – time and time again – that people the world over are good. We were grateful for the life lessons and could only wish that more people could see what we saw.

Have you encountered a Road Angel?

What would you do if you were not afraid? That's the question Nancy Sathre-Vogel asked herself a few years ago, and the answer was that she would ride her bike from Alaska to Argentina with her husband and children. The problem, however, was that she was afraid. Very afraid. In the end, she managed to face her fears, get on her bike, and pedal. Three years and 17,300 miles later, they arrived into Ushuaia, Argentina at the very tip of South America. If she can do it, you can do it too. She blogs at www.familyonbikes.org

4 thoughts on “Road Angel of Managua”