America, great melting pot that it is, has only kept hold of a random set of cultural offerings from our immigrant founders.  (Native founders, too.  I mean, I love popcorn, but it's hardly a worthy tribute to the First Nations people, y'know?)  Most of it is food-based.  We Americans feel really connected to family from The Old Country when we have homemade lasagna, Irish stew, kielbasa, chorizo with eggs, borscht, sushi, injera, and Gefilte fish.  We know everything there is to know about another country because we have ingested the essence of the culture.  You are what you eat, right?

Traveling and living overseas has, as promised, provided completely new perspectives on a huge variety of subjects, including food.  They range from politics to how to cook a chicken, from driving styles to personal space, and from how to bag your groceries to bathroom fixtures (have I mentioned how much I love bidets?  Yes, I believe I have.  Oh, the freshness!). 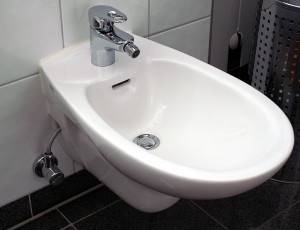 Another thing, previously whispered between those of us with genuine travel aspirations, or even more amazing, actual travel experience, is how few Americans seem to have passports.  This became blazingly clear to me as I prepared to move to Italy in late 2007.  Many of my friends and family said, "We'll come visit you!"  Yay!  I thought I would have a stream of visitors in the pizza and pasta capital of the world.  They would come for the food, if nothing else.  (Well, they are Americans.)  I couldn't wait!

"Do you have a passport?" I would ask.  More often than not, the answer would be, "Uhh…" followed by a desperate darting of the eyes, seeking the emergency exit.  " 'cause you know," I pursued relentlessly, "that's really important.  For visiting me.  In a foreign country.  Y'know, just sayin'."  Charming smile to put them at ease.  No luck.  "Uh…" 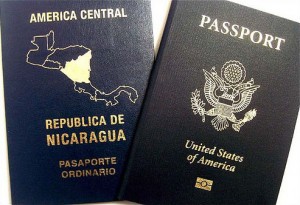 Really, out of all the friends and family polled, only 3 had passports.  One was a friend and former coworker from the film business who can: solve any problem, create any effect, save lives, put out fires, and pull a Leatherman out of his ear, all while entertaining you with stories about growing up on Long Island with a Catholic mother who bought Ouija boards at garage sales to prevent them from falling into The Wrong Hands — and while coming in under budget and on time.  He actually had his passport in his pocket when I asked.  I don't know why I was surprised.

The other 2 were my friend, Charlotte, who has been to Italy several times and LOVES it (gave me all kinds of anti-theft, purse safety advice for visiting Rome), and my mother.  I expected Mom to have hers (would have been shocked if she didn't), since I'm pretty sure it was she who put the wanderlust in me in the first place.  She was a flight attendant back in the days when they were still called "stewardesses."

I'm generally a fairly positive person, but this and one other subject (my miserably placed birthday, squeezed in between 2 major holidays) really chaps my hide.  Indeed, the passport thing has been the one consistently whiney topic during all my time overseas.  So when I saw Christine, from C'est Christine, tweet about the fact that only 1 in 5 Americans have passports, I tweeted my sympathies, understanding, and parallel gripe (not bad for 140 characters or less).  She replied with:

@tourabsurd I've had coffee w/ 3 girlfriends last week–none have passports! I spent a ridiculous amt of time w/ each trying to convince!

Rather than curse the darkness, as it were, I tweeted back:

@camorose I think we should brainstorm with other travel bloggers and come up with some ideas, then do some cross-posting. Really!

She agreed.  So I created a Facebook page titled (are you ready for this?), "Get Your Passport."  There would have been an exclamation point, smileys, and possibly unicorns, in the name if Facebook allowed that sort of thing.  (It's probably good that they don't.)  The description for the page is, "This page was created by travel bloggers who want to give their friends, family, and neighbors the tools to go out and explore the world. Nevermind the guidebooks and plane tickets — the first step is getting your passport!" 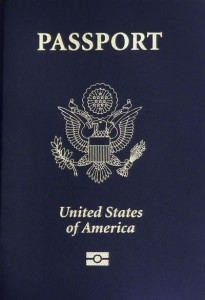 For a brand new, non-political fan page, it's been doing surprisingly well.  Besides me and Christine, we already have 'likes' from Avril of @GotPassport (most fitting!), Sally from UnbraveGirl, Ayngelina from Bacon Is Magic, April from AbsoluteADT, Lorna from the roamantics, David from David's Been Here, Raquel from AiresLibre Personal Travel, Annie at Wayward Traveller, Cathy from Traveling with Sweeney, Monica from A Pair of Panties & Boxers, Christine from Christine in Spain (not to be confused with C'est Christine, who was in France but is soon heading for Australia!), Gareth from Indefinite Backpacking, Amy and Kieron from Don't Ever Look Back, and Ryan and Liz from Pause The Moment. The list keeps getting longer and longer!  Love it!

As Sally said, "Encouraging people to get their passports is so much more awesome than belittling people for not having one."  I agree!

On the page, there are tabs for Resources, Benefits, and Encouragement.  Here's what's on the Benefits tab right now:

Why get your passport if you don't plan to travel, don't have enough money, have a job to worry about, etc. etc.?

– it's a really great form of ID

– some borders are becoming more restrictive; even going from the US to Mexico or Canada is easier with a passport

– if you get it when you aren't in a hurry, you save money (no rush fees)

– if you have it, you just might be inclined to USE it!

– surprise opportunities come up all the time — really! you'd hate to miss out on a free trip somewhere because of one silly little piece of documentation, wouldn't you?

– you can brag to your friends, "Hey! I have my passport. I could take off at any time!"

– you can take off at any time!

So, do you want to travel?  Do you have a passport?  If so, please come help brainstorm for ways to encourage other travelers to get theirs.  And if not, GET YOUR PASSPORT!  :D

Cheers and see you on the road!

[Edit: check out the Encourage tab on the page! :D ]

Links to blogs that support encouraging people to get their passports:

Got Passport, Will Travel

A Pair of Painties & Boxers

Don't Ever Look Back

16 thoughts on “The Passport Initiative”