I was pretty happy to focus on photos and other media to share about this trip, but a friend told me what she wanted was words.  Not having great internet means that I'm writing off-line, which is not my usual m.o.  I like to write around the pictures.  So what you've got here is a bit more introspective and less bouncy than usual.  Hope it still stokes your curiosity and makes you want to travel!

Bring your luggage, not your baggage

One of the first things that struck me about India was something I noticed before I had even arrived: everyone who has set foot in the country has very strong opinions about it. Most of the opinions do not match up in any way that I can fathom, outside of their strength.  "It's intense!" "So much fun!" "Extremely dirty." "Be careful – it's dangerous." "An amazing country!" 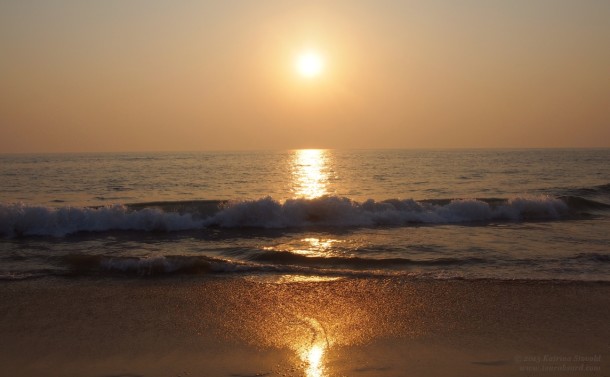 Many insisted that I take their view on board. Not in so many words, but my lukewarm acceptance of their cautions appeared to frustrate more than a few. It's not that I doubted anyone else's experience as utter truth for themselves, but I was not interested in packing their filters and biases up in my wheelie bag for the journey.  I already had a few of my own (though not as strong, perhaps); I travel to relieve myself of unfounded beliefs, not to acquire more.

One cautionary note, however, was consistent: the onslaught of chaos and confusion as soon as one leaves the confines of the airport.  I had girded my loins, so to speak, expecting a sensory assault such as the world had never seen.  …forgetting that having survived not only the early morning arrival at Parris Island, but 3 months of subsequent bootcamp, most other loud things in life measured as a mere "meh" on the shock scale.  In fact, having recently traveled from Morocco and successfully survived the aggressive touts of the souqs, my exit from the arrivals terminal at Chhatrapati Shivaji International Airport barely registered as a squeak.  I had to evade a few "helpful" taxi drivers who tried to relieve me of my pre-paid taxi reciept and my luggage, but I did not find that especially difficult.  It is perhaps understandable that someone familiar mainly with North American or European modes of transport would find it a bit jaw dropping.

Once in the taxi (car #5925 and no other, thank you very much), Ishwar, the driver, skillfully wove his way through the late night traffic.  After the cold, dry air of the plane, I reveled in the warm embrace of Indian humidity.  I was perplexed by the skyway, not knowing if it was for auto, human, or train, but the language barrier between myself and Ishwar prevented much information exchange.  The sight of palm trees made me grin – I was definitely far from Ireland.

Map reading is not a common skill

As I was soon to discover, asking for directions while pointing to a map tends to be a fairly useless endeavor.  If you cannot hook the attention of the listener with the name of a familiar landmark within about 5 words, you may as well move on.  (This is further complicated by the fact that some landmarks, and even cities, are known by 2 or 3 different names.)  That is to say, if you don't move on, they will, probably with a faint smile and a gentle shaking of the head.  Whether this is a "I'm sorry I don't understand you" gesture, or more along the lines of, "Crazy tourists! Never know where they're going…" I don't know.

Fortunately, my Airbnb host, Raj, had emailed me a lovely set of directions, along with his phone number, so he could tell the driver himself, if necessary. Ishwar and I had enough of a rapport to figure out the address, even if – and despite my best efforts – no maps came into the picture.  Alas for poor Ishwar, Raj's instructions also included a very clear directive not to tip the driver.  Ishwar did not beg or remonstrate, though I did get a big faceful of puppy dog eyes.  It nearly worked, but Raj met us at the gate and the spell was broken.

In Mumbai, the promised intensity only really struck me in the olfactory department, and even then, only temporarily. Pleasant odors – cooking, incense  – alternated with the less enjoyable smells of sewage, cowflops, and armpits.  My accommodation was about 40 minutes away from the center by metro train.  In that time there were numerous opportunities to people watch, to philosophise about the state of humanity, and to avoid breathing deeply.

Despite a certain amount of peer pressure from fellow travel bloggers to move about the world on the tightest possible budget, pack lightly, and experience life in as raw a state as possible, I am not a fan of living close to the edge.  I find it quite stressful, in fact, and worrying if I'll be able to pay the rent or, indeed, afford the next meal greatly detracts from the travel experience.  I don't mind a bit of rough living – I enjoy camping, actually, and was never particularly phased by the dirt of the Marine Corps – but I like having the resources to hail a cab and book a luxury hotel on a whim.  This trip having come at a rather difficult financial time in my life, therefore, is a bit of a challenge. 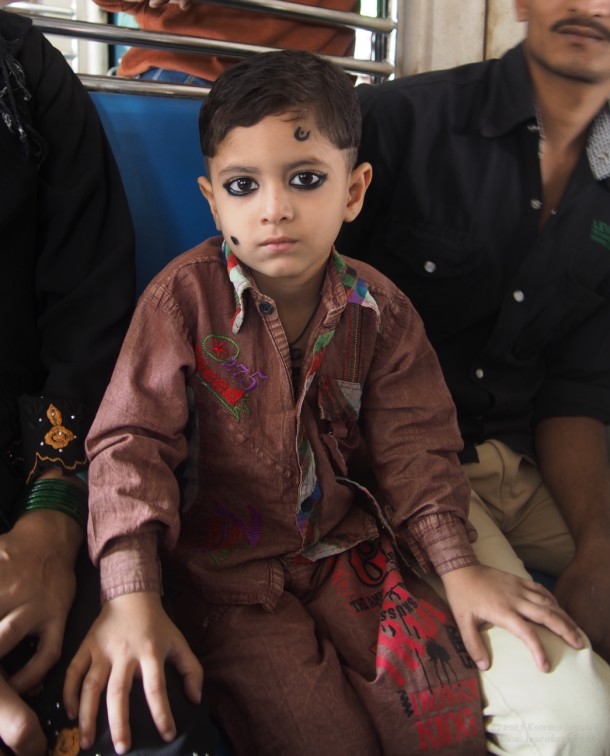 My last contract ended in mid-January and another one, though on the horizon, has been pushed back.  The upheaval of said previous contract for the last 2 months also meant that I'd not had a lot of time to plan basic things like accommodation and travel.  There is a certain amount of freedom in not having one's hotel and train tickets locked in, to be sure, but it also gets tiresome when a great deal of the time in one spot is spent figuring out how to get to the next.  Coupled with the fact that the internet access here has ranged from excellent to frustrating to non-existent, and this dream trip definitely has its nightmarish moments.  Perhaps this is where my personal measure of "intensity" is manifesting.

Having successfully wrestled with the Indian rail website (IRCTC), quite difficult for a non-resident who does not yet have a local mobile number, and melded it with my Cleartrip account (a necessary step, if one wishes to pay with anything other than an Indian bank card), I was finally able to view train tickets to Goa.  Unfortunately, due to the back and forth with IRCTC's horrendous registration system, nearly all the tickets were sold out. I didn't fancy spending 12 hours on a wooden bench, so I opted to go directly to the station and purchase one of the special tourist tickets. Alas, first class was unavailable, but third class had room – and air conditioning – so I was set.

Next time, head for the beach

I allowed 2 nights in Mumbai to get acclimated, purchase tickets, pick up a local SIM, acquire some warm weather clothes, sneak in a little sight seeing, and finally figure out where I wanted to go. I had a rough plan with a few locations picked out on my way down the coast, but that was it. My next stop was Goa.

I'd opted for a daytime train because I actually wanted to take in the scenery along the way. Alas, being in a third class sleeper coach meant that visibility was limited.  (Note: take day trains only if you can get first class tickets.) Still, there was a mad roughness to it that I enjoyed, even if my back and neck did not. 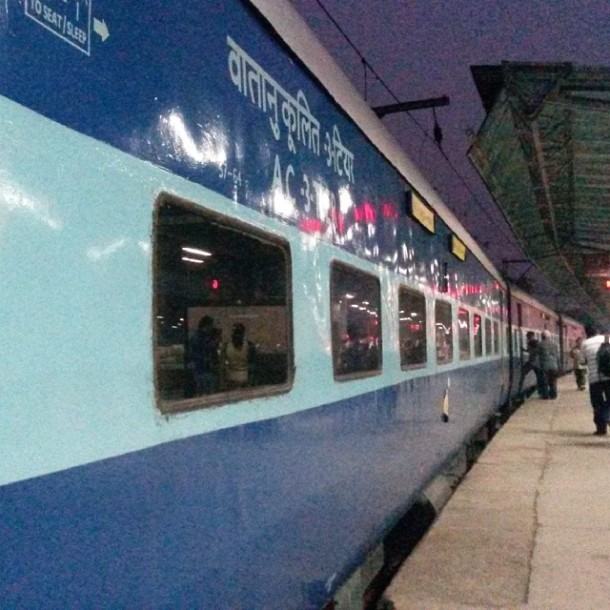 On a friend's recommendation, I stopped in Panjim (aka, Panaji) for 2 days.  The main goal was to visit one of the Hanuman temples in town. The temple itself was in a state of disarray, as everything was being prepared for an upcoming festival. Despite that, I did enjoy my visit and had a surprisingly strong emotional reaction to being there.  Other than my brief time at the temple, however, Panjim was an utter waste of time.  Terrible hotel, awful wifi, overpriced taxis, etc. Sorry – I know this site is usually a happy, silly place, but wow…  Panjim, you can suck it!

Is this my paradise or yours?

As I type this, I am at Agonda Beach, a quieter location away from the family-friendly and party scenes of many of Goa's other popular tourist spots.  One of my best travel days to date was spent on Zanzibar, a place with a similar climate and many historical and cultural connections to India.  I thought, therefore, that I'd settle right in to my time here with gusto, vim, vigor, and a hugely contented grin.  But you know what?  I'm bored.

I know I ought to be reveling in the moment and being glad that I'm away from the Irish winter, and to a certain extent I am.  But being that I'm not a sun worshipper, a body surfer, or a yoga devotee, I may be in the wrong spot.  I think I may have stepped into someone else's paradise by mistake. 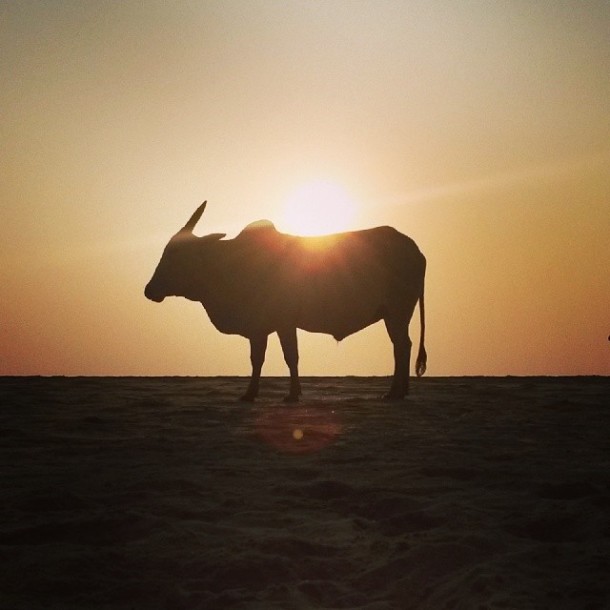 Ok, bulls with the sunset behind them on the beach are pretty cool.

There are tours one can take to see waterfalls, ruins, spice plantations, hidden beaches, etc. – and I totally dig that! – but again with the budget thing.  Admittedly, it doesn't take much money, but enough that I am chewing my fingernails over it.  I did splurge on a dolphin spotting tour yesterday (700 rupees, or about €8.25/$11.25), but that's been the limit of my crazy cheap Indian living.

For a bit of balance, here are the things I DO like: fresh fruit juice, cheap food, friendly staff, the sound of the waves, cows walking down the street, friendly (and well fed) dogs, the warm sea, and colorful sunsets.  I also like the idea of coming back here with a fat wallet and someone to share it with.  …Daydreams are powerful medicine.

I'm here at Agonda for another 4 days.  After that, it's another day of epic train journeys, one of which is a waitlisted ticket (fingers crossed), and shifting scenery.  I'm heading up into the hilltops of Tamil Nadu, most likely to Kodaikanal.  I was thinking about Ooty (a place with 3 different names), but Kodaikanal sounds less crowded, yet still has all kinds of groovy nature-kinda things happening within walking distance.  Throw some good wifi in the mix and THAT could be my paradise.  We'll see.

What's your definition of paradise?