When you travel, finding the right words to communicate can be a struggle. It may be a matter of simple politeness, ordering the right ingredients for your pizza, knowing the difference between trousers and pants, or even how to find emergency services.

(BTW: this post is a little more serious than usual)

As I near the end of my Master's saga, I've also become acutely aware of the way the English language favours men and dismisses women. See terms like "men" vs. "troops" and "manned" vs. "crewed". In casual conversation people often refer to males as men and females as girls, as if we'll never really be adults and fully fledged human beings.

Just now I was sipping my morning tea (Earl Grey, hot) and skimming Facebook. I came across a post with a typically click-baity title, "A Strange Woman Goes To Hug This Soldier. His Response? I have CHILLS!" Ugh, gross. The click-bait, not the soldier or the hugging. Just tell us what it's about! If it's compelling enough subject matter we'll click anyway, right? Oh, and when you do get to the website, you find an article titled, "See The Moving Reason Why This Soldier Won’t Shake Your Hand", which is still click-baity, even though you've already clicked! Also, it's misleading.

In any case, I swallowed my annoyance along with my tea, and read the article because, hey! It's military! And hugs! I'm prior military and I love hugs! What I found embedded in the post, underneath all the ridiculousness of the headlines, was this:

It sounds like a great project, all about helping military members with PTSD. Their website, HumanHug.me, lists a bunch of the press coverage they've gotten recently, along with a link to a GoFundMe page. They need some help to help vets so, please do go contribute if you can. But that's not why I'm writing this.

So why AM I writing this? It's because of the terminology. Although the project is designed to help all veterans (mainly American, at this stage) who are experiencing PTSD, the founder of the project is a Marine, not a soldier. The titles of the posts on Facebook and the website were incorrect: Marines serve(d) in the Marine Corps, soldiers serve(d) in the Army. Now, before you get too far into that eye rolling, let me explain why this matters to me…

Yes, I'm kind of a grammar nerd, always seeking to improve my spelling and writing skills, and to help the world at large do the same, whether they want it or not. But the comment I left for this Facebook page is the real reason:

"Marine not soldier. May appear to miss the point, but terminology matters. Had a wheelchair-bound veteran refuse my free hug at Pike Place Market many years ago until he realised I'd referred to his trousers as 'cammies'. He was a Marine and this word told him that I was a Marine, too. Suddenly, everything was OK."

The military loves acronyms, initialisms, and having 30 different words for the same thing. Camouflage outfits in the Marine Corps are casually referred to as "cammies", whereas in the Army they're called "BDUs" or some other nonsense (my derision is deliberate and satirical – interservice rivaly is in the DNA of Marines). Picking the right word can be difficult if you're not a part of the culture, but do give it a go, when you can.

If you can find a word that works for all situations, even better. I'm trying to get more into the habit of saying "quid" when referring to money here in Ireland, for example. Can be dollars, euro, or pounds. Just means "measure of currency," as far as I can tell. Feel free to correct me if I'm wrong.

As my friend, Elisabeth – speaker of 10 languages and world traveller – will tell you, getting all the words correct when you are learning a language is not that important. Just trying, and getting the main points across, is a good start. Makes sense.

Yet, when we speak of things as delicate as people suffering trauma and pain, being aware of the nuances can matter a great deal more. 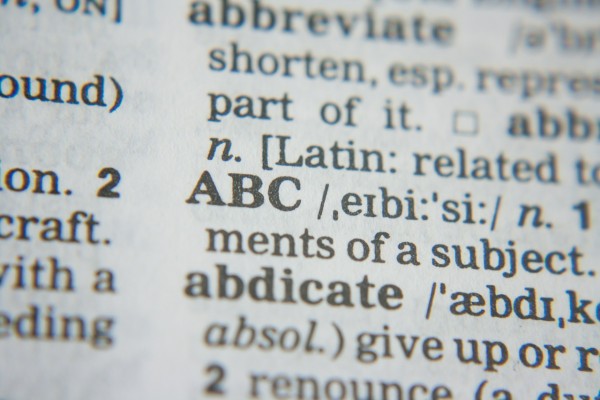 I am not advising anyone to clam up for fear of making a verbal misstep. Rather, I'm advocating learning as much as you can about the people you want to communicate with, and speaking with them in terms that respect their sense of self. If you ever meet Caitlyn Jenner or any other transgender person, please, please, please use the correct gender pronouns – she's a woman, even if you haven't fully gotten your mind around it.

I love the fact that in Canada the term "First Nations" supplants the US "Native American." Seems so much more respectful. And yet, there are plenty of people in the US of native descent who refer to themselves as Native American or even Indians. *shrug* Whatever suits.

In that same vein, don't go around hugging veterans willy nilly. Offer, if you like, but always make it optional. You don't want someone going Marine on your hiney because they saw you as a threat.

Language is a habit and it takes time. Heavens know that my struggles with Italian and Irish have taught me that. But if we can all work a little harder to understand each other, listen more, and respect self-identifying terms, the world will be a kinder – and probably more grammatically accurate – place.