The closest I've come to visiting Ethiopia is changing planes in Addis Ababa on my way from Italy to Tanzania.  (Well, and eating at an incredible Ethiopian restaurant in Rome.)  Janet from Journalist On The Run, however, actually spent some time there.

When I asked if she had some photos she'd like to share, she sent several to choose from.  I decided to go with two.  There were pictures of subjects other than the children, but they were my favorite.  I wanted to show them in both color and black and white for the beauty and the personality.

Janet also gave me the go ahead to plug one of my favorite charities, the Children of Ethiopia Education Fund.  CoEEF "…exists to empower young girls in Ethiopia from impoverished circumstances with a quality, private education through generous sponsors and donors."  I sponsor a girl named Bethlehem there and I love the yearly update with her photo.  The first one showed her in disheveled street clothes.  The next year she was taller and wearing a school uniform.  I may never meet her, but I am proud to have the opportunity to help make a difference in one person's life. 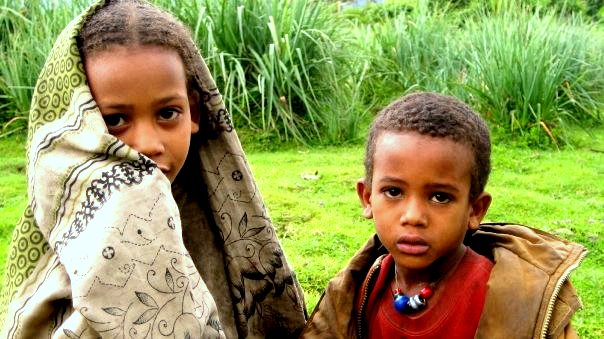 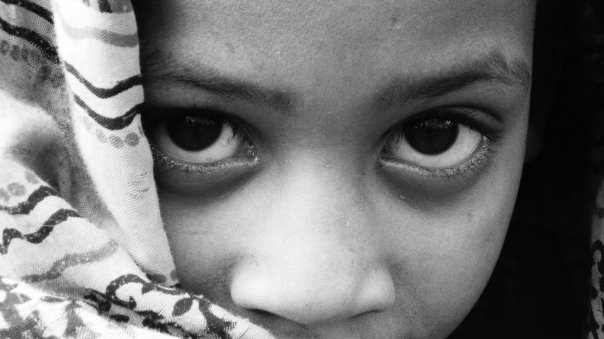 Here's what Janet says about the photos:

"While trekking the Bale Mountains in Southern Ethiopia I came across these beautiful young child shepherds (brother and sister) herding a small flock of goats. Our guide told us that to ensure their survival, both children and parents had to work long hours, day in day out. He said that they could not attend school or socialise with many other children and were therefore very shy and perhaps a little scared around others. Later that day my friend and I encountered them again and purchased one of their goats for dinner. They were happy to get money, out guide was happy to be treated to a free dinner and we were happy because we were staying in one of the most beautiful countries on Earth and felt truly touched by the stories of our new friends."

Be sure to check out Janet's site: