One of the joys of being a travel blogger is looking at travel photos for a big portion of my day.  As Mr. Monk would say, "It's a gift. And a curse."  The world is filled with so much beauty and so many places I'd like to go but have yet to visit.

I try to pinch myself every once in a while and remember that, "Hey!  Italy and Ireland are dream vacation spots for many people.  Enjoy it while you're here!"  And I do.  But that doesn't stop me from dreaming of one of the four continents I have yet to visit: Asia.

I am sharing some of my daydreams with you. 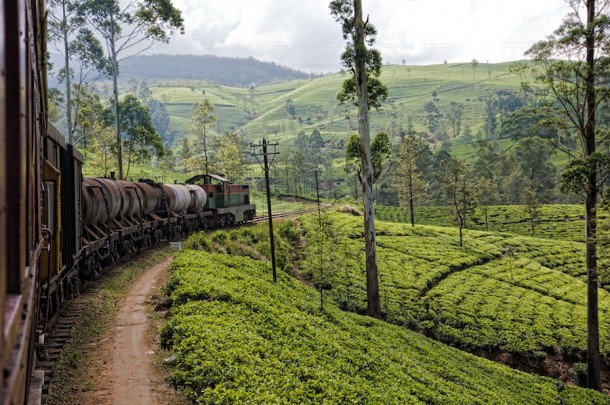 This list is in no particular order, in part because I don't know in which order I will visit these amazing places.  But since I have to start somewhere, let's go with Sri Lanka.  Until a few years ago, I admit that I hadn't paid much attention to this island nation off the coast of India.  M.I.A. got me curious about it after listening to her music on a CD given to me by a fellow waving goodbye at Burning Man.  Funny ol' world.

Here's what Sherry has to say about the photo:

"Traveling by train through the Hill Country of Sri Lanka is a slow and unique way to see this island culture.  Hill Country is full of opportunities to hike, visit sacred temples, and see many of the UNESCO world heritage sites." 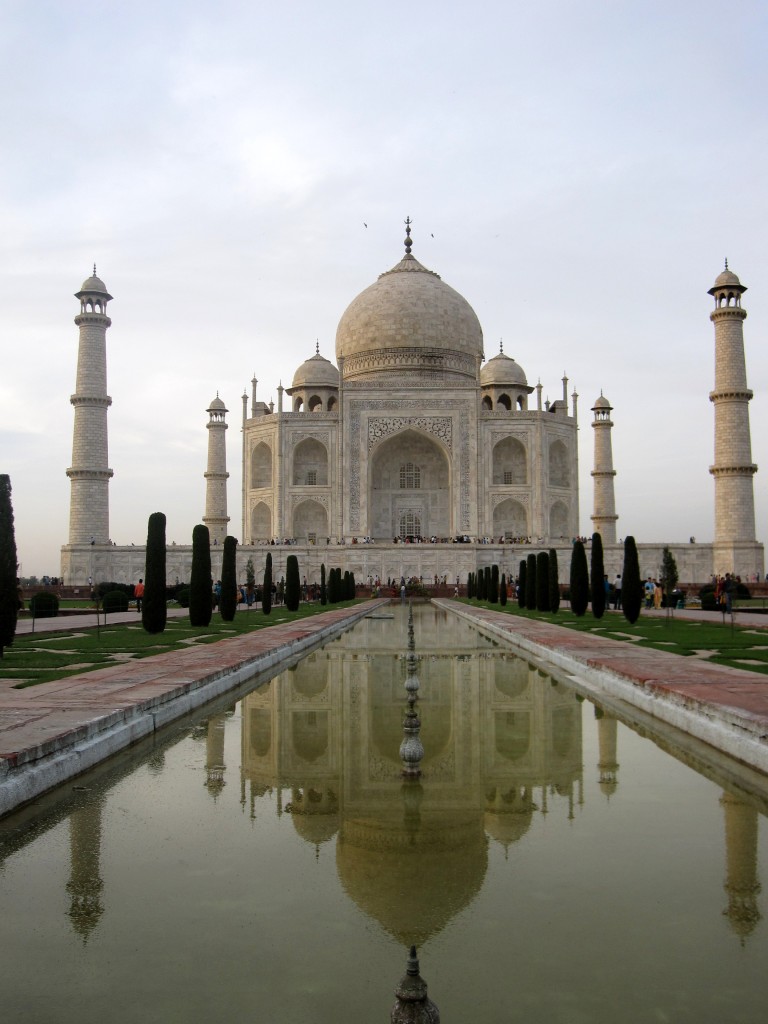 Moving on…  When I think about visiting India, I confess that I consider skipping this monument.  Some of it comes from my general contrariness and from living a life that is just a little bit different, but some of it comes from watching Slumdog Millionaire.  In the same way that it upsets me to see beggars outside of St. Peter's Square in Rome, I was affected by the imagery of the poor kids outside of the Taj Mahal.  On the other hand, having worked in film off and on for a few years, I'm also skeptical of anything I see on the screen.  Guess I'll just need to go and see for myself!

"The Taj Mahal is easily the most iconic site in India, and for good reason, the complex is open and spacious with huge green lawns and ample space to relax on a bench away from the tour groups. The town itself, Agra, is skippable and full of touts and hassles, I spent most of my time inside the Taj Mahal complex, ate breakfast at a roof-top restaurant to watch the Taj change colors in the shifting sunlight, then caught the next train out of there!"

That sounds divine.  Food is a big part of the enjoyment of travel for me.  Relaxing rooftop views with food (or tea!) are one of the best rewards. 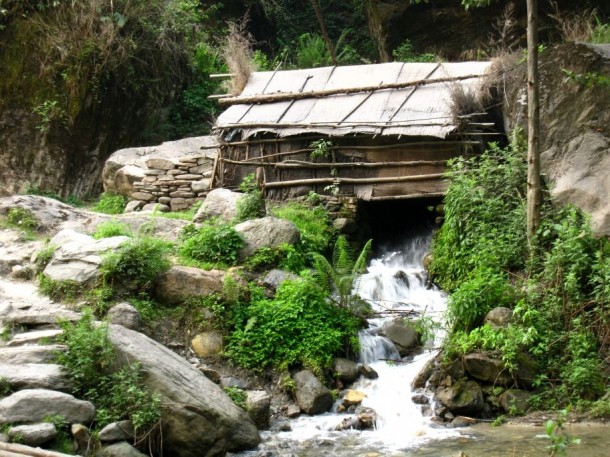 Next up is Nepal.  Here are some words from Shannon:

"Trekking in the Annapurna range in Nepal was a bucket-list item for me, I had dreamed of seeing the world's tallest mountain range up close and personal. What I didn't realize was that the real highlights of the trek are the tiny communities and villages dotting the trekking paths. Natural dams provided electricity and garden patches marked the entrance to new towns as we hiked."

Now Nepal and I, despite the fact that we've never been formally introduced, have a complex relationship.  You see, once upon a time, I dated a guy who joined the Peace Corps.  He got assigned to teach in Nepal.  I was planning to go visit him there and read up on the country quite a bit.  I borrowed bunches of books from the library and learned about festivals, trekking, river rafting, and the intermingling of Buddhist and Hindu practices.  (No mention of natural dams, though!)

In addition, I learned that many Nepalis only have tea for breakfast, or maybe some fresh yogurt.  This makes perfect sense to me.  Much as I love food, I can rarely eat first thing in the morning.  I was pretty sure I'd like Nepal for this reason alone.

I later became friends with a young woman from Nepal while living in Seattle.  She told me that when she was visiting her family back home, they complimented her by telling her how fat she was after being in the US.  Apparently thin was not "in" back at home.  She felt torn over the sentiment, as she had been in the US long enough to know that "fat" was not considered a compliment there.  The grass is always greener, eh?

(Oh, and that guy?  He foolishly ditched the Peace Corps because he missed me.  Things didn't work out between us.  He should have kept the job.) 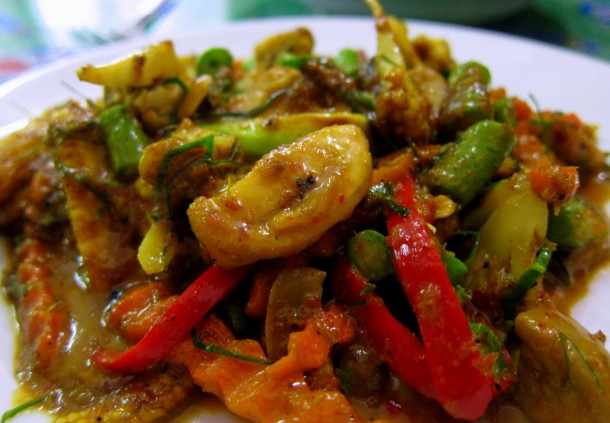 BAM!  How's that for an intro to Thailand?  According to Jodi, this is "Spicy Penang curry from Poisen Restaurant, a family stall in Victory Monument Bangkok".  My stomach just growled.  No, seriously.  I'm typing this and looking at the photo and my stomach is growling.  Thai food is just too delicious.

Have you ever traveled to a country just for the food?  I haven't – yet – but even if Thailand didn't have so many people raving about the beaches, diving, massages and spas, and beautiful temples, I would be tempted to go for the eats alone.

Some cuisines travel well and some don't.  No matter where I've tried Thai food in the world, it's always been good.  Something about the particular combination of curry, coconut milk, peanut sauces, and peppers is so distinctive that it just works wherever it's cooked.  That being said, nearly every national dish tastes better in its home country (like pizza, for example), so I can only imagine how heavenly it is in Thailand. 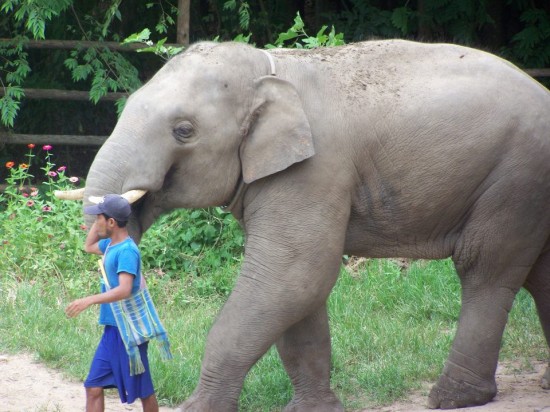 Another reason I want to visit Thailand is to volunteer at the Elephant Nature Park.  I first heard about elephant trekking when I was researching Nepal.  I thought it sounded like a fabulous idea.  After all, I used to train horses and knew that being out in nature with an animal companion, and minus motorized transport, was so much more enjoyable.  What I didn't realize was how very, very different training a horse is from how elephants in Asia are routinely treated.

Sadly, the majority of elephants in Thailand are horribly, horrendously abused in order to be taught how to accept riders and do other "cute" tricks.  They work in the dangerous logging industry and provide rides for tourists, both of which are damaging to their bodies.  Diana, who took the above photo at the ENP, has written several articles and posts about the practices involved and what ENP does to help.

An important thing to know is that there are many false "rescue parks" in Thailand.  They purport to give people an opportunity to bathe, feed, and interact with elephants.  That would be ok if it didn't also involve riding and doing tricks.

If a rescue facility is letting volunteers ride the elephants, they haven't been rescued at all. It is merely elephant tourism masquerading as rescue.

"Jungle Boy, one of the young male elephants at Elephant Nature Park, is led down to the water for bath time by his mahout."

My comment: notice how even the mahouts don't ride elephants at the ENP?

Spending time at the Elephant Nature Park does not come free.  I usually get bent out of shape at the idea of paying to volunteer.  After all, my time is valuable and worth quite a bit!  However, feeding elephants – or volunteers, for that matter – is not cheap, so I totally get it.  If it means that more elephants can be rescued, and more people can be educated about the cruelty behind elephant tourism, I'm all for it. 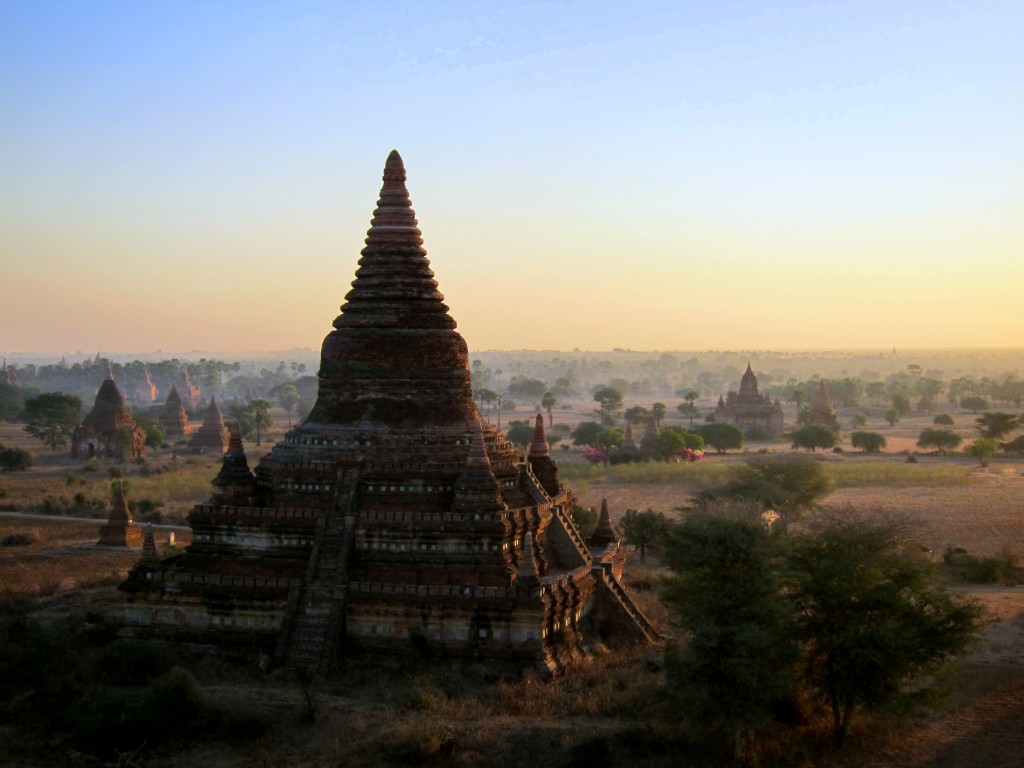 Myanmar, formerly known as Burma, is our next stop.  The country that helped shape much of George Orwell's critical commentary on governments and society is something that I had previously only considered in terms of as an option for visa runs.  (You know, if I end up going to Chiang Mai, Thailand, for an extended period.)  I had misgivings about the whole thing, as I do my best not to support corrupt governments, unethical corporations, or companies that engage in animal testing.  However, in a global economy, untangling the good from the bad can be quite difficult if you don't stay home on a self-supporting farm.  My compromise is to minimize harm where I can.

More to the point, when I expressed this concern to a fellow travel blogger, I was diplomatically told me that I had it all wrong.  Thailand, by virtue of business and political arrangements, was one of the biggest supporters of the Myanmar government.  "Go to Myanmar!" I was urged.  "Meet the people.  They really want their stories heard."  Wow, you just can't get anywhere near the truth without being on the ground sometimes.  Have to experience it for yourself.

As for the lovely photo, here's what Jodi has to say:

"One of the best memories I've got from my time in Myanmar was my week of cycling through the crumbling temples of Bagan at dawn. I rented a bicycle for the week and would pick a temple for sunrise and sunset, getting lost in the maze of frescos and stupas in the intervening hours. Spread over plains the size of Manhattan, Bagan may be a big tourist draw but you'd never know it. With a bike and a map and a sense of adventure, you can disappear into history every single day. This is a photo of Bagan at dawn, taking from atop Buledi pagoda."

A friend of mine was born in Myanmar back when it was called Burma.  (Actually, many countries still call it Burma.  It's a bit of a tangle.)  I remember asking him questions about it a few years ago.  He didn't have much good to say about the country and seemed pretty happy to have become an American citizen.  I told him about this post and asked if he felt differently now that things are changing.  He was in the middle of a big work to-do, so didn't have time to write much, though he offered to do so later.  In the meantime, when I showed him Jodi's picture, he did said, "I can say beautiful things about Bagan."

You've both convinced me – I'll go!

The more I travel, the more I discover what a history and culture geek I am.  I was just starting to get a handle on Europe, but I know I have much more to do.  I learn best when I'm in the actual location of said history and culture, so…  Clearly, I must hie me away to Asia!

Where are your daydreams leading you?

16 thoughts on “Dreaming of Asia”